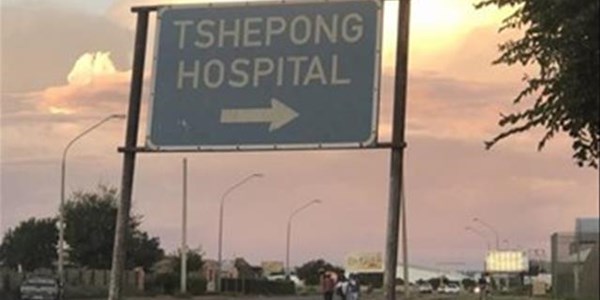 The North West Health MEC Madoda Sambatha has congratulated Tshepong Hospital in the Dr Kenneth Kaunda District Municipality for successfully conducting two surgical procedures of cleft lip repairs which resulted in the restoration of smiles on the faces of two young girls born with cleft lip and palate.

The children who are residents of the North West Province had been awaiting surgery at referral centres based in the Gauteng Province. However, delays were experienced due to the outbreak of COVID-19 which resulted in the cancellation of the elective surgical procedures.

Highlighting the departmental intervention in addressing similar cases in the province, MEC Sambatha said a plastic and reconstructive surgeon was recently appointed at Tshepong Hospital to conduct cleft lip and palate reconstructive procedures and alleviate dependency on referrals to health centres in neighbouring provinces.

“Through a departmental intervention and appointment of a Plastic and Reconstructive Surgeon Dr. Shashikant Agarwal, the surgical procedures, which were the first of their kind at the facility, were conducted successfully,” MEC Sambatha said.

“The success of these first two cases has led to a few more referrals to the hospital’s unit of plastic surgery and in due course, we will be able to offer timely surgery to all children with cleft lip and palate within the North West Province at Tshepong hospital,” MEC Sambatha highlighted.

Cleft lip and cleft palate are openings or splits in the upper lip, the roof of the mouth (palate) or both. They result when facial structures that are developing in an unborn baby do not close completely. They most commonly occur as isolated birth defects but are also associated with many inherited genetic conditions or syndromes.