According to the Director of Community Services, the main purpose of the cleaning campaign program aims to create awareness among residents regarding cleanliness and its benefits. To ensure that the towns and townships in Matlosana are clean from illegal dumping and littering.

The programme will uplift the unemployment within Matlosana, by giving a stipend to the 120 youth designated to their wards for a period of 12 months and at a later stage intends to increase the number to 300. The appointed youth will be working in their based wards by cleaning illegal dumping, streets, cemeteries, and grass cuttings, creating awareness campaigns at schools, and also educating communities about keeping their wards clean.

The Executive Mayor in his keynote address said that the City needs a collective effort by municipal employees to rebrand its existence by making sure that illegal dumping, littering, sewer spillages, and pollution are a thing of the past. Together we must keep Matlosana Clean.

There will be prizes to be won by best-performed ward during the campaign. The 1st Ward price wins R5000, 2nd Ward price R3000, and third Ward price R2000 and a trophy for the best-performed ward. The prize money will be converted to the beautification of those wards by providing trees, flowers and other necessities in that area. The Directorate is in partnership with the University of Potchefstroom to ensure that these participants are properly skilled.

Issued by Communication and Marketing- City of Matlosana 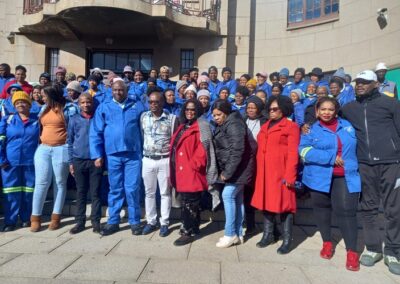 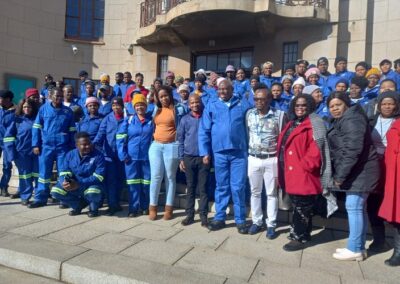 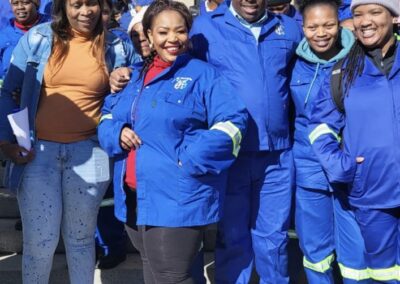