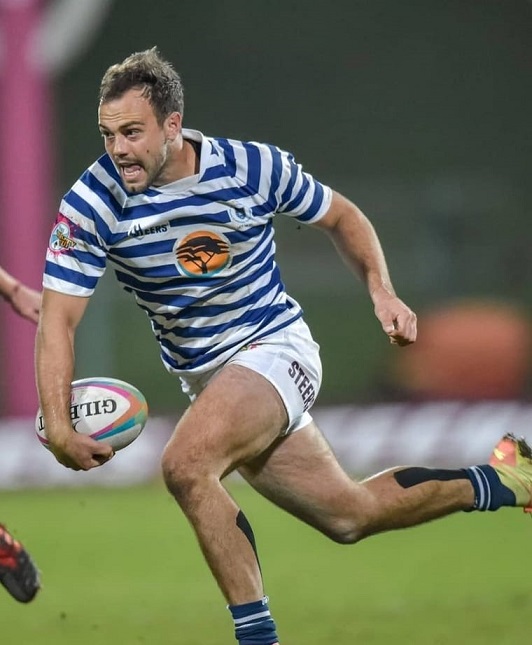 Evardi Boshoff has become a force to be reckoned with on the rugby field. This young man, son of popular hairdresser Annemarie Boshoff, made immense waves in the Varsity Cup this year, playing centre for the University of Cape Town, who claimed the second spot in the league. He has now been signed up by the Cheetahs for a seasonal contract – the fifth player from the Western Cape to be signed up to the Free State.
Annemarie says that her son has never wanted to be anything but a Springbok. While other little boys were writing essays about being policemen when they grow up, Evardi was ever only going to a rugby player. As a family, they have supported Evardi in his dream, spending hundreds of hours next to the field while he developed his talent.
The Boshoffs were happy citizens of Klerksdorp for 7 years, before moving to the Cape recently. Annemarie was the talented professional with the scissors in hand, and an ever-present smile on her face, at Barber SA in Matlosana Mall.
A true North Wester, Evardi was born in Coligny, where he cut his teeth on the rugby field. He attended Klerksdorp Hoërskool for a period, and matriculated from Hoërskool Lichtenburg. He was a student at NWU Pukke, where he played in their first team during his first year. During his time at Pukke, Evardi also played twenty-seven matches for the Leopards in the Currie Cup First Division and the Supersport Rugby Challenge.
Between all of the rigorous training hours, Evardi is also working on completing his Post-Graduate Degree in Sports Management at Ikeys.
With a life motto of “Actions always prove why words mean nothing”, we can be assured that Evardi Boshoff will keep reaching, and keep shifting, his goal posts. As a community, we will be watching his journey to the Green and Gold, with interest – and pride.