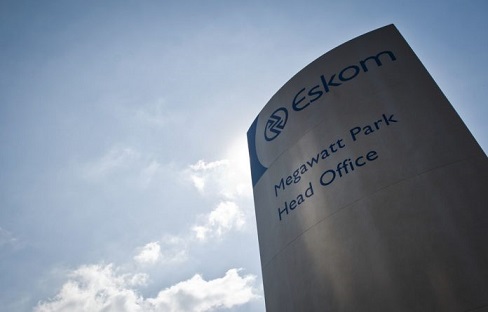 Eskom Chief Executive Andre de Ruyter has assured South Africans that the power utility is “working extremely hard” to resolve the current loadshedding crunch which has gripped the country.

For the past three weeks, loadshedding has been implemented in varying stages and reached the more severe stage six loadshedding at the end of June due to breakdowns and a strike at power stations.

The CEO said the power utility is cautiously optimistic of gradually downgrading loadshedding stages throughout the week but warned that the system will require “a number of weeks to recover” from the impact of the industrial action on Eskom’s ability to deliver.

The predicted loadshedding outlook for the next few days is as follows:

“If all our units return as planned, then we intend to [reduce] loadshedding for the weekend to stage two around the clock.

“There is light at the end of the tunnel but we do appeal to South Africans to continue to conserve electricity…especially during the peak hour of five in the afternoon until ten at night. We fully appreciate that it is cold, that people wish to make use of heaters… but we really do request your support,” De Ruyter said.

He acknowledged that although the reduction from the more stringent stages of loadshedding is some relief, South Africans would rather “have an end to loadshedding far sooner”.

“Unfortunately due to the strike, we have suffered significant backlogs in terms of maintenance. We’ve also had to operate the plants under conditions which are less than ideal and we therefore will take a number of weeks to fully recover from the strike.

“I can, however, give you the assurance that our colleagues are working extremely hard to recover from the after-effects of the strike,” he said.

By Monday morning, at least three generation units were ramping up in order to return to full capacity.

Also on Monday morning, three other generation units had returned to full service with two others expected back before the evening peak.

“Throughout the course of the week, we intend to have a further 12 units returned to service by Thursday. So you can clearly see that we are doing our best to return as much stability as we can to the system.

“Of course, this does not guarantee that the units that are online will continue to operate. They are susceptible to trips and failures and that is why we do require the additional four to six gigawatts of capacity that we have been asking for,” he said.

In terms of emergency reserves, de Ruyter said the power utility is now in a “good state” following recovery over the weekend.

“We are sitting at 86% in our diesel tanks at Ankerlig [power station] and 100% at Gourikwa and our dams are essentially full with only a couple of pumping hours remaining in order to bring them to full capacity.

“So from a reserves position we are looking much stronger than we did during the course of last week,” he said.

The unit feeds at least 920MW onto the grid and has been on a maintenance outage since January.

“At this stage, the 920MW that we can expect from Koeberg Two is scheduled to come back onto the grid by the end of this month. That will play a major role in bringing enhanced stability to the grid,” he said.